ASML provides chipmakers with everything they need – hardware, software and services – to mass produce patterns on silicon, helping to increase the value and lower the cost of a chip. Our key technology is the lithography system, which brings together high-tech hardware and advanced software to control the chip manufacturing process down to the picometer.

All of the world’s top chipmakers like Samsung, Intel and TSMC use our technology, enabling the waves of innovation that help tackle the world’s toughest challenges.

The company has 19,000 employees worldwide. We are headquartered in Veldhoven (The Netherlands) and have over 60 offices in 16 countries.

Our customers include all of the world’s leading chipmakers, like Intel, Samsung, TSMC and GlobalFoundries, who use our product portfolio to manufacture a wide range of semiconductor chips.

The heart of ASML’s product portfolio is the semiconductor lithography system. The system works with a light source, which generates ultraviolet light. This light is projected through a blueprint (usually referred to as mask or reticle) of a geometric chip pattern. Optics reduce and focus the pattern onto a thin slice of silicon (the wafer) that is coated with a light-sensitive chemical. The light interacts with the chemical, effectively printing the pattern onto the wafer. When unwanted silicon is etched away, a three-dimensional structure is revealed. This process is repeated dozens of times, layer upon layer, ultimately creating a grid of hundreds of chips on a single silicon wafer.

Our lithography system is a combination of high-tech hardware and advanced software, affording exact control over the shape and size of the chip patterns it creates. But to create today’s most advanced chips, the patterns and their margins for error are so small that it is no longer sufficient to look at the lithography system in isolation. That is why we enhance system performance and reliability with predictive algorithms (which optimize the blueprint of a chip for lithography) and with metrology (which measure and correct the chip manufacturing process on our systems in real-time). We call the integration of these optimizations for chip manufacturing ’Holistic Lithography’.

Our main customer groups are makers of memory and logic chips.

Logic chips process information and are the brains of electronic devices. Chipmakers that design and manufacture logic chips are known as IDMs (Integrated Device Manufacturers). Contract manufacturers, known as foundries, produce chips on order for other companies. 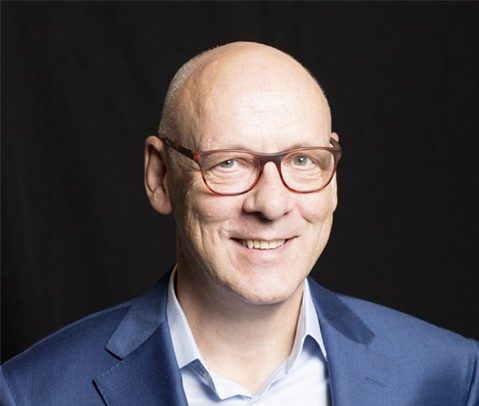